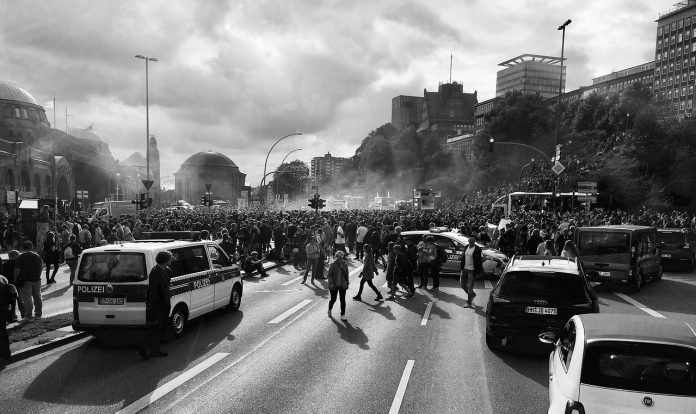 Today, the average Nigerian sees Nigeria as a place where things are not working.

Whether it’s in the health sector, education sector, aviation sector, or any other public sector, things seems to be stagnant. And the citizens are frustrated.

Due to the frustration of the Nigerian populace — especially those of the southeast region who think that they’re neglected in the political landscape of the country, the Biafra succession seems to be the only source of hope for the South Easterners.

Today, Nigerians are divided into various factions. Some factions which are predominantly in the SouthEast are pro Biafra agitators. And they are led by Nnamdi Kanu — leader of the Indigenous People of Biafra (IPOB).

In the Niger Delta, some people are fed up with the corrupt system while others are aggressively pushing for a restructured state.

However, some Nigerians are relatively comfortable with the present condition of the nation — maybe they are benefiting from it, or they’re merely ignorant of the situation on the ground.

The young generation of the SouthEast region has bought into the Biafra dream. To them, the actualization of the Biafra state translates to freedom from the corrupt leaders of Nigeria.

Here are other key views about Biafra succession in Nigeria.

Nigeria is a nation of over 180 million people and 250 ethnic groups.

However, in the federal level, three main ethnic groups are recognized — Hausa (in the Northern region), Yoruba (in the Southwest region) and Igbo (in the Southeast region). And this is mainly dependent on their large number.

The pro-Biafra believe that the Nigerian government is marginalizing and discriminating the Igbo tribe. Also, the southeasterners are denied important offices in the nation.

Since 1964, only two Nigerians from the Southeastern region have been the Inspector General of the Nigerian Police Force.

In the same vein, the Igbos believe that they’ve been marginalized in other vital positions of the Nation. Therefore, the Biafra agitation seems to be their only way out.

Since the creation of Nigeria in 1960, there has been only one Igbo president and one Igbo vice president.

Furthermore, the SouthEastern region (which is suppose to be a majority group) have been reduced to a minority group.

When you take a close look at the region, you’d realize that the Southeast zone is the only geopolitical zone in Nigeria with the least number of states — five states. This implies that the region will receive the lowest federal allocation, thereby slowing down the level of development in the area.

The Nigeria-Biafra war was bloody. And millions of Biafrans died during the civil war.

The civil war was characterized by the mass slaughter of the Igbos in the Northern region. When the Nigerian military government (and the UK government) created a blockage that restricted Biafrans from receiving aids and relief materials, many Biafran children suffered and died of kwashiorkor.

Looking back at the bloody Nigerian-Biafran history, many Igbos still believe that love has not been restored.

To them, the actualization of Biafra is the only hope.

Nigeria is a democratic nation. And as such, everyone has to get involved to keep the country moving.

Marginalization of a region will certainly raise dust and fuel uncertainty among the citizen.

For one independent, peaceful nation to be actualized, Nigerians must set aside their differences and devise ways of moving the Nation forward.

Right now, restructuring seems to be one of the best options. And to get going, the Nigerian people must agree on a fair independent system where every Nigerian is treated equally regardless of religious beliefs, ethnicity, and political affiliations.