Home Blog & Buzz News Will Trump Get Black Votes In 2020? 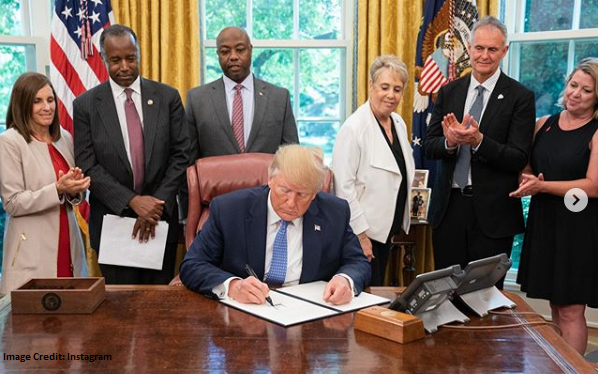 During a televised press conference with the Prime minister of Pakistan, President Donald Trump stated that he had eliminated racial tension in the United States.

Also, he emphasized on the numbers — African Americans are doing well in the country, and the level of unemployment is quite low.

“Look at the poverty numbers. Look at the unemployment numbers – the best they’ve ever had,” Trump said.

Hopefully, these figures would reflect in the general elections.

Quite bad for someone who believes that he’s got everything figured out.

Although the President has been making some controversial statements in recent times, Mercedes Schlapp, his campaign senior adviser believe that the President is not a racist, and his policies are designed to favor the minority communities in the United States.

Schlapp insisted that President Trump is result-oriented, and he is all out to implement the right policies for all citizens of the United States, but a significant number of Americans think differently, the 2020 election would prove this.