Home Blog & Buzz Why Kenyatta is named after Kenya? 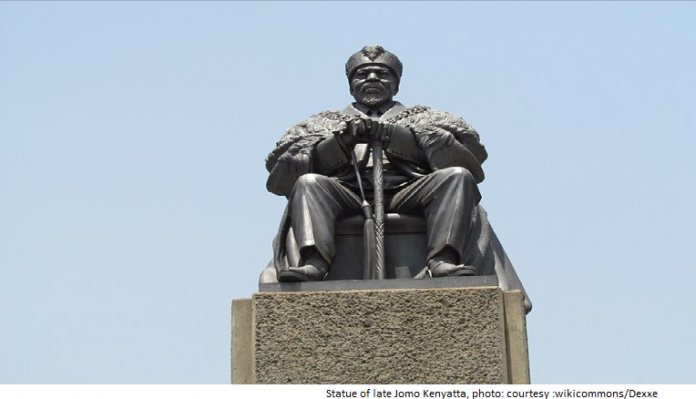 The name “Kenyatta,” and “Kenya” sound the same only for the suffix “–tta” that occurs on the first name respectively. The interrelation is linked from the history of “Kenya” and the reign of “Jomo Kenyatta” as the first prime minister and president of Kenya. But before we focus on how Kenyatta acquired his name, let’s have a brief overview of Kenya.

The history of Kenya

Kenya as a developing country is strategically pointed along the East of continent Africa. The country was a colony of Britain and attained independence in 1964.

According to Wikipedia, a Germany traveler known as Ludwig Krapf was on a voyage and came across a mountain with its peak resembling the feather of an ostrich. The Agikuyu tribe inhabited the area. When asked, Ludwig Krapf was given the name of the mountain as “Kirima Kirinyaga” by the Agikuyu tribe. Ludwig translated the name as “Mt. Kinya.”The Agikuyu men and women compared the snow forming on the peak of the mountain, and the black rocks with the feathers of the ostrich, thus given the name “Kinyaa” or “kimakinyaa,” to the mountain to resemble the feather of the ostrich.

The Gikuyu community attached divine power to the “Kirima kirinyaga,” Mt. Kenya. Later during colonization, Joseph Thomson, a geologist from Scotland drew a map and spotted the mountain and gave much consideration to an extent of naming the country that hosted the mountain as a colony of Kenya.

Johnstone Kamau was humbly raised in the Kikuyu community by his grandfather, Kungu Mangana. Johnstone joined the European missionary school where he learned carpentry, English, mathematics and the Bible.

Resistance by the Kikuyu community during World War I was taken with hostility by the British. British authorities coerced the Kikuyu to work in their households and farms.  In a bid to avoid harassment, educated Johnstone Kamau fled to the Maasai community where he worked as a clerk.

The birth of the name Jomo Kenyatta

While relating with the Maasais, Johnstone Kamau was fond of wearing a traditionally beaded belt referred to as “Kenyatta.” This name was translated to mean “the light of Kenya.” Later he developed an interest in protecting the land of his people. He became the secretary general of the Kikuyu Central Association (KCA) in 1928.

He took to politics fighting for the rights of the Kikuyu community. It was not long that he worked in the courts and acted as a translator for the courts. He became widely known as Kenyatta when he signed his name on a publication he wrote in 1928 known as “Muigwithania.”

He later switched his name from Johnstone to Jomo to mean “burning spear” which originated from the Kikuyu culture. His full name became Jomo Kenyatta. He used his knowledge in the English language to ally with the British and still gear his interests as a nationalist leader and a schemer.

It would be right to say that Kenyatta was named after Kenya as he was the first prime minister of Kenya and the ruling president when Kenya gained her independence. Though this is not fully convincing as the names “Jomo” and “Kenyatta” are attached to the Kikuyu community.

African Stories are Powerful, But Why Cherry-picking?