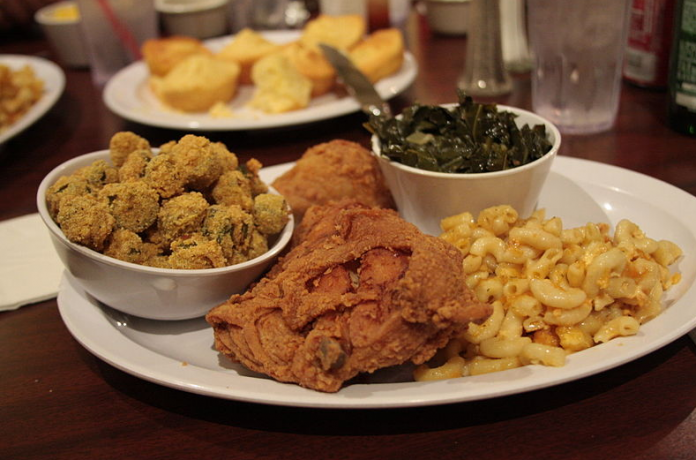 Soul food is a collection of ethnic dishes for the African Americans living in the Southern United States. The cuisine dates back to the 1960s when “soul” was popularly used to describe African American culture. And for many years now, black Americans have celebrated these unique hearty dishes on special occasions.

There is no black American special event that is complete without soul food. However, most people enjoy these sumptuous dishes and do not know their roots. As a foodie, I love exploring different cuisines. And as a soul food addict, It got me wondering who invented these finger-licking dishes that I can’t get enough of.

Read Also: African foods that are thought to be Americans| American food

And here is what I discovered.

The History of Black American Cuisine

Soul food has links to black American culture. The recipes originated from the deep south states, including Georgia, Alabama, and Mississippi.

Though the dishes are hearty, they came to birth from the struggle and survival of the African American community. However, black Americans celebrate soul food as it ties them with their African ancestors. Americans were in for a treat and embraced the African culinary art to their cuisine.

Abby Fisher was the first author to feature soul food recipes in his cookbook in 1881 titled What Mrs. Fisher Knows About Old Southern Cooking.

Since mid 20th century, other renowned authors published southern cuisine cookbooks. Edna Lewis is one of the popular authors who wrote several cookbooks between 1972 and 2003. In time more and more cookbooks releases emerged to celebrate the pride of soul food and its relevance to black Americans.

Though the dishes are a result of struggles and survival, they invoke great memories of the past.

You May Also Like: Watch Americans Try Nigerian Food For The First Time

Like any other cuisine, soul food has evolved with improved recipes. However, the dishes comprise 4 main ingredients, which include:

Barbecued meat, especially pork, is part of deep south cuisine. It’s a culture for preserving meat and is popular in exceptional food cultural events. During slavery, Africans preserved meat with salt and smoke.

To enhance the taste of the meat, Africans used seasonings. In Southern dishes, a mixture of vinegar, and hot chilies make the base of barbecue sauces.

The vegetable is part of most African stew, soup, and rice dishes. Culturally, okra is a soup thickener or coffee substitute. In Southern cuisine, okra is fried. This ingredient is popular in savory stew dishes comprising; seafood, meat, and vegetables with rice.

Rice is one of the staple foods in Africa. During slavery, some staples like rice were available to Africans who cooked the dishes with the available ingredients. Unique rice dishes inspired what we refer to in modern-day as Soul food.

Some of the rice dishes that influenced today’s southern cuisine include west African Jollof, waakye from Ghana, and Hoppin’ John.

Most dishes in Africa have greens, and it’s one of the main ingredients of soul food. This culture dates back to slavery, where Africans used to boil greens with pork fat and seasoning. After cooking, the juice is eaten with cornbread.

Most African countries have a culture of dipping starch into a meat gravy soup or vegetable. A good example is a Nigerian Fufu and Ethiopian Injera.

Soul food history is popular in the South and across the world. The cuisine, which has strong ties in Africa, has become one of the most celebrated dishes that have greatly influenced American culinary art. Though born from struggles and survival, it’s a pride that can be passed from generation to generation. Have you had a taste of soul food? Please let us know your experience below.

How To Prepare a Mouthwatering Kenyan Mukimo With Stewed Liver (...