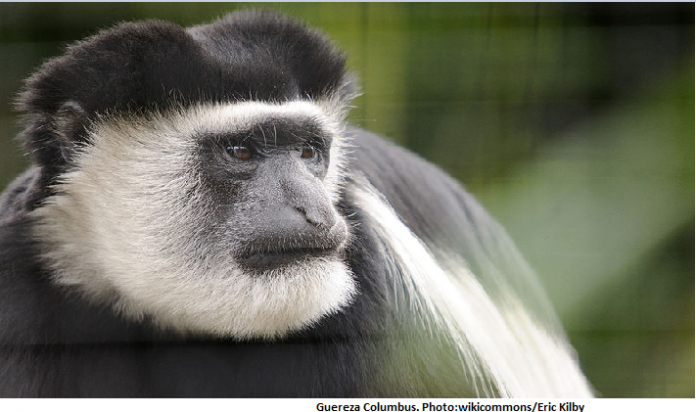 Africa is a habitat of many animal species that are amazing to the human eye. Most of these creatures continue to steal the spotlight but they are rare to find as they are found in different places across the continent. Below are some of the rare animals and insects found in Africa and their interesting facts.

The African civet is an unsocial and medium-sized animal with many fascinating features. It has stunning coloration with black stripes, blotches covering its skin. Even though they are known to be carnivorous, the animals can feed on fruits. They are active during the night moments after sunset.

Both the male and female have perineal glands located on the anus and the neck. These glands produce civet which is used in the perfume industry which caused a big threat to the species. But after the introduction of synthetic musk, the hunting rates have gone down.

The desert warthog is a well-built creature that weighs up to 75 kilograms whereby the males tend to be larger than females. They have unique features like flattened head with two distinctive warts and large curving canine teeth that protrude like tusks. These teeth are not available in young ones but grow as the animal gets older. They have sparsely distributed bristly hairs on their body with more hair in the spine, forming a crest.

They have a good sense of hearing and smell but have poor eyesight. They mate on the onset of each dry season and give birth to four young ones. The female species have four teats which are used to breastfeed the babies. Each baby has its distinct teat which cannot be shared. Even when one of the young ones dies, the teat that was used to feed it cannot be used by the other babies.

Just like pigs, warthogs do not have sweat glands to cool down especially during hot weather. They welter in mud to cool themselves down. You will always find them in social groups that consist of females and their young ones while males like living in solitude. The animals are mainly herbivorous where they feed on grass, leafy plants, flowers, and fruits. They are found in parts of Africa like northern Kenya and Somalia. They have an average lifespan is 15 years.

Fennec is the smallest animal in the fox family that is found in North Africa. The animal has enormous ears that help in dispelling heat. Due to its small size and large ears, the animal has adapted to hot desert climates. A desert is a harsh climate and due to variation in temperatures, Fennec Fox has features to help adapt these harsh conditions. It has plenty of furs to keep it warm during the night when the temperatures are extremely cold. It has a weight range of 1.5 to 3.5 pounds and a height of 8 inches. It can live up to 14 years.

Guereza Colobus is a type of old monkey that features some distinctive fur that is black in color and long white fringes of silk hair on the sides of its tail and body. Newborns come with pink and white hair whereby the hair and skin get black as they grow. They get the adult color when they are four months old. A male Guereza Colobus will have a weight ranging from 9.3 to 13.5 pounds while the female will weigh 7.8 to 9.2 pounds.

Due to their beautiful fur, the species were affected by massive hunting which made it extinct in some areas. However, you can find these amazing monkeys though in small numbers in equatorial African countries like Nigeria, Kenya, Cameroon, Uganda, Ethiopia, and eastern Tanzania.

This is a four-legged insect from Coreidae species that is found in South Africa. Their name was derived from their feeding behavior. The bug has a sharp mouth that helps it to pierce and such the liquids from stems.

Dice month caterpillar is a beautiful warm like insects that resemble the North American Paddle Caterpillar. These insects are found in South Africa.

Have you ever got a chance to see the above amazing animals and insects? If yes which ones? Share your experiences in the comment section.

4 Vibrant African Appetizers for Spicing Up Your Dinner