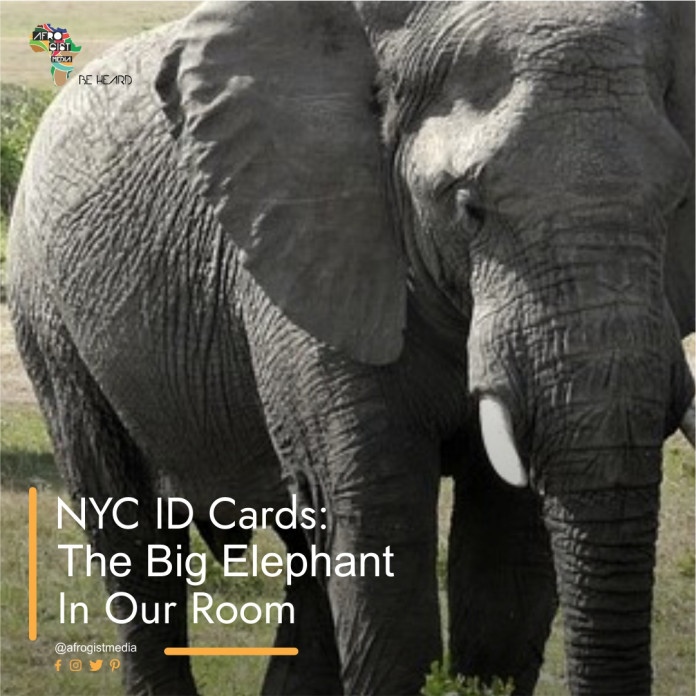 The City of New York started to issue a cute and highly useful municipal ID card to all interested NYC residents in 2015. It was a thoughtful idea designed to further bring all New Yorkers together and to create common access for all. Stronger together, right? Its positive externality abounds: it boosts the economy, increases cultural pride and civic participation, it’s a form of low budget census capturing data on the NYC residents that government can’t possibly count in any popular census. This NYC ID cards or, popularly known to as IDNYC, is truly a safe zone for the law-abiding undocumented immigrants  since it tells no story about their nationality or status.

For this reason, lots of undocumented immigrants came out of their shadows, trusting their fate in the hands of NYC government. The card offers benefits such as access to museums, botanical gardens, gym, and other fun places to visit not to mention all kinds of membership discounts. More importantly, some banks are beginning to accept it as a form of ID when opening a bank account.
According to the survey of cardholders published by the City of New York (see link below), immigrants tops in the number of carriers who “use the card as a form of ID”. They also top in the number of people who “rely on the card as a form of ID”, and they score the biggest number among the carriers who “use the card as the ONLY form of photo ID”.

But here is the big elephant: any federal law could put the undocumented immigrants carrying these IDs at serious risk. If there is no law in place that seals access to their personal information such as name, address, and photo, they are susceptible to immediate processing for deportation. Here is the good news: The City of New York already saw this and had work with the New York State Assembly to pass the bill (BILL number: A04882) that will deny access to IDNYC carriers’ information. The not so good news…..? This bill is still sitting in the senate since February 2017. It’s yet to become law!

And so…father lays on bed at night after a back breaking day of work thinking how to better prepare the kids for the unknown. Mother is already identifying possible relatives, friends, acquaintances, or even well wishers who will go on with the care of her children should the day of departure comes. Some keep raw cash around, unsafe as it is, betting on its liquidity for a last minute plan, and some teenage children are been admonished to ‘grow up quick’ for the necessary care of their siblings when the Trumpet blows. Is it a matter of IF or WHEN?