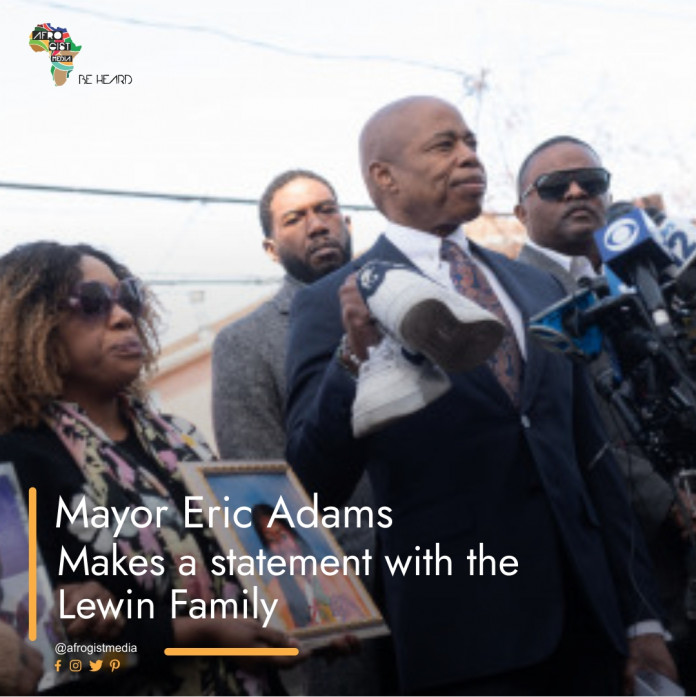 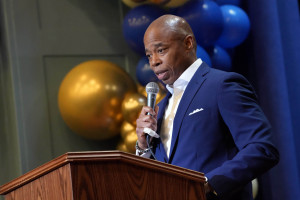 Mayor Eric Adams: And it’s time for us to move with a level of urgency to deal with this violence that we are witnessing in our city. It’s a painful moment. Jenna’s mom laid out this young girl’s promising life. Graduating, going to college, two jobs. She stated that I want to show her the love and bought her a car so that she can enjoy her family members together. All she thought about were the children. That’s all she thought about. Now she sits in the hospital blaming herself because of the violence of someone. The entire country should listen to the narrative of this family. Immigrants coming here to this country, looking for a better way of life, not for someone to take their life.

Mayor Adams: You’ll never get over this moment. This is their neighborhood. This is their community. Right down the block from where the shooting took place is where the mom was there doing her hair. Watching that baby in the car. We’re so sorry. Words cannot take away what you are going through. But you’re representative of the best that this city and country have to offer and your children represented that. And those who took their lives will be found. The police commissioner and I, are committing to finding them. But it’s time this entire city stands with families like these because there’s only one question we have to answer if we don’t get this right. Whose child is next?

Recommended: Get Smarter Everyday With The Following

Police Commissioner Keechant Sewell, Police Department: Good morning. The pall of violence across this city must be lifted. Your NYPD is doing everything it can and knows how to do well to deter and prevent and apprehend those responsible but we need your help. Kade’s mother needs your help. Jenna’s mother needs your help. Murders, shootings, robberies, and assaults, go against everything we should believe ourselves to be. If you have any information that can help us apprehend those responsible for the killing of a 12-year-old and the seriously injuring of a 19-year-old sitting in a car eating, I ask you to please call (800) 577-TIPS.

Must-Read: 5 Signs That He Is Serious About You

Mayor Adams: And we need also, we’re putting out a call to help this family during this time with the mounting cost of burying Kade, the medical costs of young Jenna that’s still in the hospital with six bullets. Six bullets in that baby girl. Six bullets in that baby girl. This baby girl here, this baby girl. So we’re asking people to help us during this difficult time. I would personally contribute, but we want contributions to go to lisadozierfuneralservice.com, lisadozierfuneralservice.com to raise the money that’s needed, this family being hit with this real crisis.

Mayor Adams: I want to thank AT Mitchell. For his crisis management team, Man Up, for the work they’re doing to deal with this real issue that we are facing of trying to get these guns off our street. Brother, I appreciate you for being here and the other crisis management teams that are here as well. But we are asking people to help this family during this difficult time. We want to have the mother come forward and the aunt. We’re really asking you to bear with them. This tragedy is so fresh.

Mayor Adams: But they do want to speak to the city and it’s a very difficult thing to do so bear with them. We’re asking you after they speak to give them a sense of privacy so they can grieve. This is so hard to lose a child. Mothers should not be burying their children. And so they wanted to come out and just share with the city their feelings and we’re just asking after to give them the privacy that they need.

This press release was shared by the office of the Mayor of New York City, and the views thereby expressed are solely the author’s.