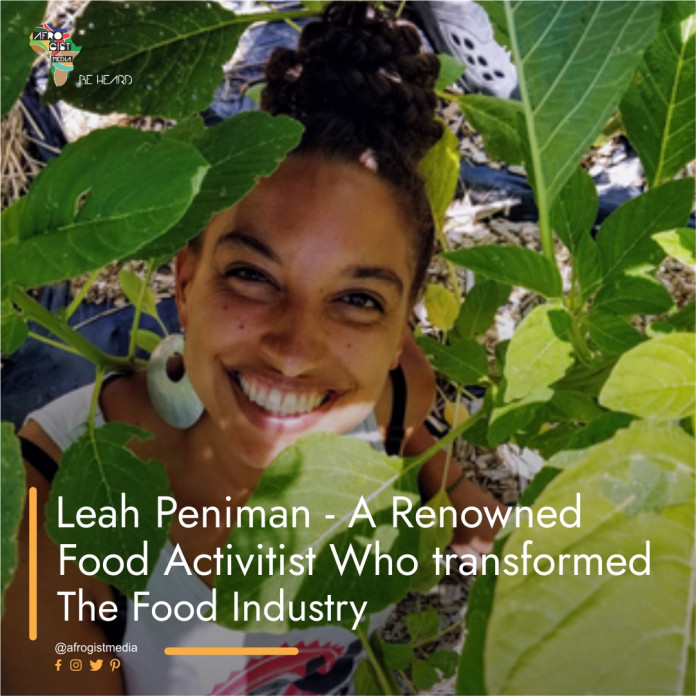 Leah Penniman is a sovereign food activist, educator, and farmer who has brought a massive change in how people farm. Her goal was to end racial injustice in the food system. To achieve this, she co-founded Soul Fire Farm.  A program that aims at educating youths and minority communities on better farming methods. Similarly, healthy dishes they should adopt and pass on to future generations.

How Soul Fire Farm Was Born

Leah Penniman was born and raised in central Massachusetts in a black family. Her parents separated, and they moved to Boston with her mother. As she grew up, she developed a passion for Farming. At 16, Peninnah started working with Food Project in 1996.

Furthermore, she later graduated from Clark University with MA in Science and Education, and BA in Environmental Science and International Development. However, she lived in a food desert in Albany, New York.

After giving birth, she registered for WIC. Her experience made her see the need to end food apartheid within the brown and black communities. In 2006, Penniman bought 72 acres of land to co-found Soul Fire Farm.

But as time went by, Soul Fire Farm‘s mission was focused on eradicating racism and food injustice within the minority communities. Certainly, Soul Fire aims at achieving its mission by reclaiming the right to belong to the earth. Through a provision of a sustainable food agency for the black and brown community.

In 2018, Penniman released a book titled “Farming While Black.” According to Penniman, history had de-franchised community feeding and the land they own. Moreover, she focuses on creating an equal, dignified, profitable, and sustainable relationship with food.

You May Also Like: Soul Food: Tracing Back Southern Cuisine’s Roots

As an urban farmer, Penniman sets the tone for sustainable and equitable food justice and liberation on the land. She has rewritten history with her ever-growing farming skills. Leah did this through enlightening and reconnecting Youth of color with the land. Above all, Leah has proved to the world that food apartheid has no place on earth.  And today, her food activist work is celebrated across borders.