Home Blog & Buzz How Will Africa Benefit From G7 Build Back Better World Vs Belt... 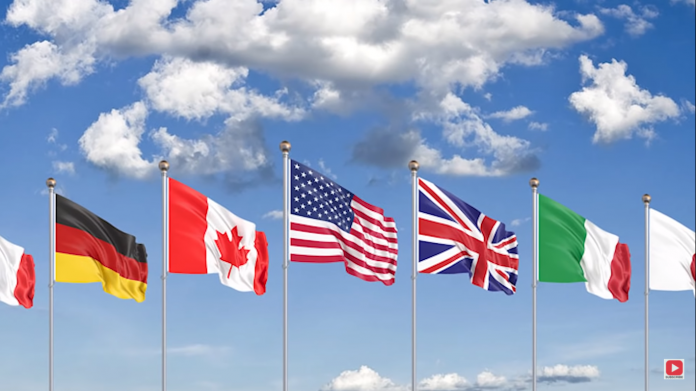 Firstly, on the 12th June 2021, The USA President met with G7 leaders to discuss the strategic competition with China. Also, to commit tangible efforts to assist low and middle-income nations in meeting their massive infrastructure needs. Dabbed “Build Back Better World” the G7 partners agreed to launch a values-driven high standard and transparent infrastructure partnership. Fam, the big question is how will the build back better world initiative help developing World and especially Africa and how better it will be when compared to China’s  Belt Road Initiatives? This article will look into these issues.

The World’s seven richest economies, G7 have devised a strategy to challenge China’s expanding economic influence. They reached an agreement and presented poor countries with an infrastructure plan that can compete with China’s multi-billion-dollar belt road initiative. The build-back better initiative driven chiefly by the President of the United States,  Joe Biden seeks to actively solicit substantial figures of over hundreds of billions of infrastructure development for low and middle-income countries while offering a partnership focussed on transparency, quality standards, and progressive values.

According to a Biden administration source, the West has failed to provide a constructive alternative to the Chinese government’s lack of openness, coercive tactics. Also, inadequate environmental and labor standards have harmed many countries.

The Chinese belt and road initiative which was launched in 2013 by Chinese President Xi Jinping is a strategy that aims to connect Asia with Africa for both land and sea networks in order to improve regional integration, increase commerce and facilitate economic growth

The ancient silk road that connected China to the Mediterranean for decades inspired President Xi Jinping.

China’s ambitious move seems to have rattled the big boys of the World’s leading democracies. For a group of seven richest nations, particularly with reports suggesting the collaboration of over 100 nations with China, to establish the belt and road infrastructure projects. The projects include trains, ports, motorways, ocean passages among others. The corresponding representatives of the G7 global leaders converged to counter a competitive infrastructural blueprint to rival the formidable Chinese multi-billion dollar belt and road initiative.

The Build Back Better

The build-back better initiative envisions a program that would assist in closing a $40 trillion gap. The gap in infrastructural development across the developing globe. The infrastructural plan explored by the United States, The UK, France, Canada, Germany, Japan, and Italy. Specifically, the plan proposes spending billions of dollars collectively with the private sector while adhering to climate and labor norms. The proposal is meant to compete with China’s belt road initiative which has been criticized for compounding heavy debts on nations meanwhile subjecting nations to Beijing’s domineering influence.

You may also like: How Morocco Became Home to The Fastest Train in Africa Al Boraq Train

From the Critics table

Critics argue that President Xiping’s aims to build a new version of the ancient Silk Road trade route connecting  China to Asia, Europe, and beyond are merely a vehicle for communist China growth. Such reservations according to Beijing reveal the imperial hangover of many Western powers that humiliated China for centuries. Some scholars suggest that the belt initiative is China’s vehicle to export its excess capacity.

Most African countries have expressed gratitude for China’s investments. However, an increasing number are cautious about decisions concerning project selection and design, worker configuration, and financial terms for Chinese projects to only serve the interests of the continent’s political elite. Consequently, they accurately see the belt and road initiative as worsening the continents severe socio-economic and political inequalities.

Some African countries are beginning to examine the cost-benefit analysis of Chinese investments and financing terms. Tanzania joined the increasing list of African countries that are scrutinizing Chinese investments in 2020. Tanzania’s late President John Pombe Magufuli canceled a 10 billion US dollars loan with China negotiated with his predecessor Jakaya Kikwete. Magufuli said only a madman can accept such terms of the Chinese loans.

China has become a vital partner in Africa’s urbanization supporting a large portion of the continent’s infrastructural projects. Non-existing infrastructure has undoubtedly slowed down Africa’s development. Governments in Africa will need to invest between $130 to 170 billion each

Year to meet their demands.

Read also: These 10 African Countries Have The Most Beautiful Women

Would Biden’s Build Back Better World Initiative be a Great Alternative?

At least, most African countries have not reacted to the G7 plan but it is expected to be welcome news to Africans. However, to what extent can it stop the Chinese domination in Africa?  Leading G7 nations have now developed an insatiable appetite to develop in Africa in order to counter the Chinese influence.

Finally, for  G7 to build back better World to be successful it has to be more transparent compared  Chinese belt road initiative. Currently, there is no announcement yet about how the G7 alliance would work and how much capital would be allocated.

Your Turn: Fam, What do you think of the build-back better world and belt road initiatives? Are they for the Chinese or the G7 countries? Please let us know in the comment section below.