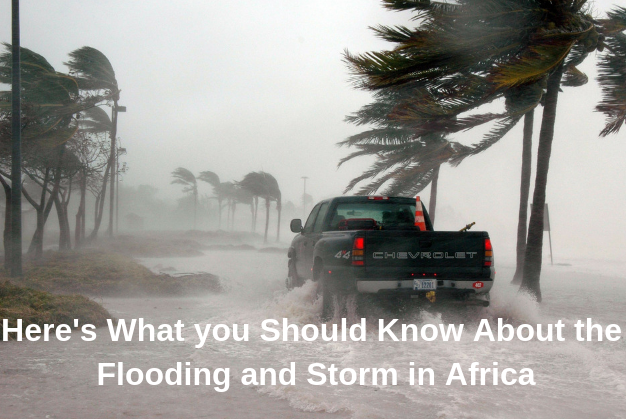 Dozens of events have unfolded in 2019. We’ve witnessed general elections in some African countries, a plane crash, and a good dose of natural disasters.

Recently, reports have shown that Zimbabwe, Malawi, and Mozambique are experiencing flooding — the worst flooding in their history.

Yes, flooding has been one of the natural disasters common in Southern Africa. However, the effects of the recent flooding in some areas in Zimbabwe, Malawi, and Mozambique seems to be the worst they’ve experienced.

According to president Nyusi, the disaster claimed over a thousand lives. And if the reports are confirmed, then the cyclone idai would be the most disastrous tropical cyclone to have hit Africa. But, how devastating is the cyclone idai?

Do you remember the Hurricane Irma that hit Florida two years ago?

Well, it had similar intensity with the cyclone idai.  The Irma was moving with an intensity of 185 kph, while the idai moved at 175 kph. The two moved at a staggering intensity that has the potential to taking down any obstacle in its way.

To get a full grasp of what this means, you’ve got to understand the difference between a tropical cyclone and a hurricane.

Difference between a tropical cyclone and a hurricane

Here’s the thing — there is no difference between a hurricane and a tropical cyclone. They all mean the same.

However, the name given would be dependent on the part of the world they occur. Also, the two storms spin in the opposite direction.

Are typhoons common in Mozambique?

The tropical cyclone is not quite common in Mozambique. They’ve experienced a couple of these disasters in the last two decades.

Typically, these storms move with winds above 120 kph.

In 2000, storm Eline hit the country, and a couple of years later (2008) cyclone Jokwe struck the same region. Therefore, these natural disasters are not uncommon in these areas.

Should we expect more storms in 2019?

Yes! Scientific forecast shows that more storms are to be experienced this year. However, the storms may not be as deadly as the idai.

The idai may be devastating, but the world has experienced stronger and bigger storms in the 1970s.

Why did Mozambique experience such an impact from the idai?

It’s quite simple! The Beira city is in a low-lying location, making it a vulnerable spot.

Here’s the thing, the combination of heavy rainfall coupled with the storm could result in a major disaster in any part of the world.

However, in Mozambique, the case is entirely different.

The landscape of the country coupled with other physical factors provides a good landfall for storms in Mozambique.

Furthermore, Mozambique is quite susceptible to extreme droughts, cyclone, and rainfall.

Detailed planning could go a long way to evacuate residents from a susceptible location before any hit.

Yes, international aids and other forms of supports are useful, but these temporary relief to the affected people.

To avoid the massive displacement of people, good systems should be put in place to help evacuate residents before storms hit them.