Home Blog & Buzz Hate Crimes? Here’s What You Should Know 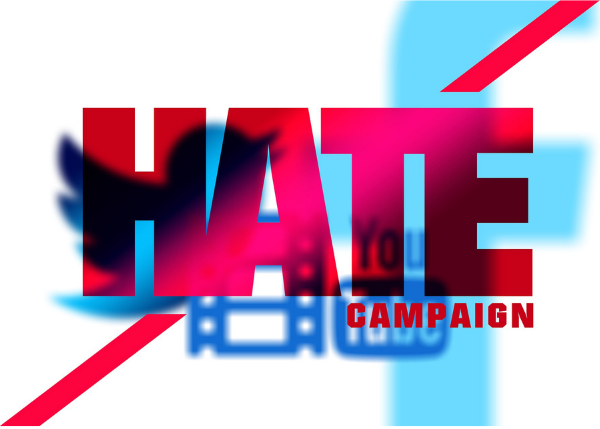 We’ve all seen it before — the sporadic shooting in the streets, the killing of civilians on a Portland train, and several other hate-related activities on the states.

People from the minority group are always living in fear in their own home — they never know when the next attack would come, and they are always on their guards to prevent any ugly incident.

Living in the diaspora is good, but it comes with its share of challenges. One of which is racism and hate crimes.

As an immigrant in a foreign country, you’ve probably been a victim of hate crime — the effects are traumatic. And most of the victims of hate crimes tend to experience intense psychological distress than other crime victims.

The intense psychological distress may be because you feel unwelcome in the environment or you’re being punished for the reason that’s not your fault and beyond your control.

Hate crime is not new in the United States. And it seems that the hate movement has been reawakened and it’s growing at an incredible rate.

Recently, the United States has witnessed a rise in the number of hate groups, and the number seems to be on the increase as each day passes.

Yes, the government is trying to build a structure that would curb the growth of hate groups across the states but to successfully curb this malady, you’ve got to understand their thought patterns and why they do what they do.

Here’s the thing — hate is a normal human feeling, but when bias is added to the mix, it becomes a crime. And that’s when extreme caution should be taken.

Over the years, studies have shown that people commit hate crimes due to four primary reasons — the thrill, defense, retaliation, and mission-driven.

You know those folks who incite hate violence just for the fun of it?

Yes, those are the thrill seekers — no genuine purpose, no inner drive, just random hate crimes because they see it as a cool thing and they derive some joy from doing it.

For instance, a group of young white dudes attacks a colored student merely because they can take him down and inflict damage without restriction.

Furthermore, thrill seeker almost always assumes that the society got their back and there would be no real consequence for their action.

After all, they attacked an insignificant member of society.

These groups tend to have a false sense of purpose.

Most times, they believe that they’re helping the community get rid of the unwanted guys.

Furthermore, they tend to believe that society is on their side but too afraid to act. Therefore, they’ve got to take on the responsibility of defending their value system.

Remember the bitter attacks on Muslim-Americans after the 9/11 attack? That’s a retaliatory move, and the sole reason for the series of attacks is to get back on instigators.

The thing is — the retaliatory haters often act alone, and they’d gladly attack any member of their target group.

Crusaders and the rarest form of extremists are part of this sect.

They usually instigate violence, and they launch a war on people who do not share the same belief system with them.

The mission-driven group believes that the system is against them, and they write comprehensive manifestos to explain their views.

These sects are the deadliest — they would go to any length to carry out an anti-human act.

Identifying the various factions of hate groups may be the first step towards curbing hate crimes. But there’s more to be done.

As an immigrant living in the diaspora, you should always be aware of your environment. And in situations where you notice irregular movement, your best move is to stay clear and call for help.