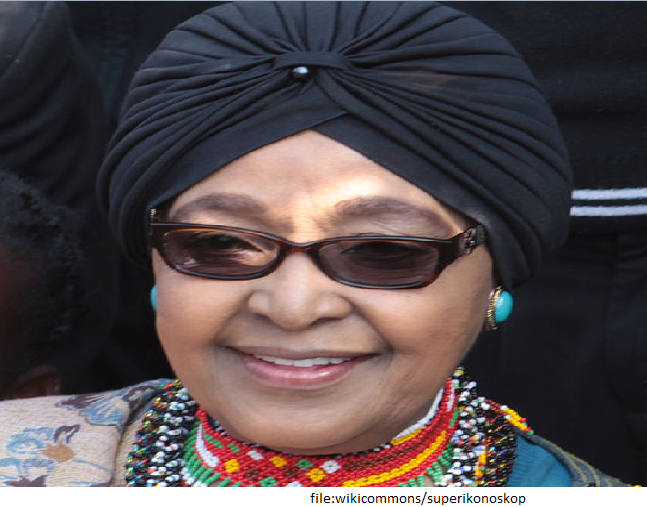 Africa has gone through a lot of struggles from the time before independence until the time when all the countries in modern day Africa attained independence. Different personalities contributed to the development of the continent either politically, economically and socially. Among the people who shaped Africa are women who are widely known and celebrated as heroes of the continent. Through their sacrifices, the women were able to influence the people from their regions to change the lives of the natives for the better. Some of the women ended up leading their countries to fight against colonialists while others altered the mindset of Africans through songs and talks. And below is a list of five iconic women who shaped Africa.

She was the pioneering Egypt feminist who was also involved in the nationalist struggle. Before the emergence of modern day feminists, she was already fighting for the rights of women in Egypt and even formed the Egyptian Feminist Union that fought for the rights of women in the country. Her influence went through to the Arab world.  In a society where women were not treated the same way as men, it was difficult to start a conversation that would result in equal rights and opportunities for the different genders.

Huda Sharaawi influenced other Arab feminists to fight for the rights of women in their countries. The revolution resulted in more favorable conditions for women in their respective countries.

Long before the emergence of many African women activists, there existed Funmilayo Anikulapo-Kuti whose primary interest was equal rights for both men and women. During this time the women of Nigeria never had the same opportunities as their male counterparts.

Funmilayo Anikulapo-Kuti championed for the formation of Women’s International Democratic Federation (WIDF) that aided her in the quest for the same rights and opportunities for men and women of Nigeria. She led other feminists within Nigeria to oppose the rule by the government that meant to impose taxes on women.

It is impossible to mention the greatest African women without mentioning Winnie Mandela. The fight against apartheid that was led by her husband, Nelson Mandela, led to his imprisonment for 27 years. During this time, Winnie continued with the struggle against apartheid and ensured that the whites stopped oppressing the blacks.

Many people celebrate her as a result of the firm stand she had against the discrimination of black people in South Africa. She organized and led many rallies that ultimately led to the release of Nelson Mandela and the independence of the country. She is celebrated as the greatest woman to have ever lived in South Africa.

The Empress of Africa, as she is widely known, contributed a lot towards the fight against the apartheid regime in South Africa.  She was part of the movements and demonstrations that informing the government of the thoughts of black people in South Africa. She did not shy away from telling off the government that apartheid was wrong. She and others that were in the struggle for independence in South Africa are remembered for enduring the long period of struggle before they attained independence in 1994.

Wangari Maathai, a Kenyan environmentalist, is recognized for her interest in the environment. The major challenge that people faced during her time was environmental degradation. She started the Green Belt Movement that aimed to conserve the environment and ensure that the future generations do not face problems caused by the current one.

She was also involved in the improvement of the lives of the women that lived in rural areas. Her ability to influence other activist earned her much respect, where later she won the Nobel peace prize for being selfless in her fight to conserve the environment.

The women, through their struggles, contributed a lot to the liberation of Africa from the white colonialists. They also taught other Africans values that united them against the oppressors. It is through such selfless women leaders that Africa made huge transition. If given the opportunity, women possess good leadership skills and deserve equal opportunities like their counterparts.