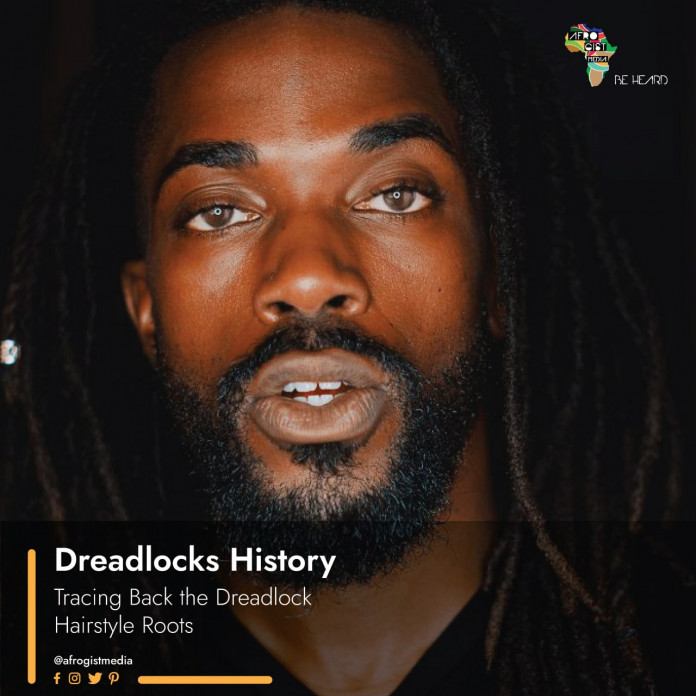 Dreadlocks history and how the hairstyle became popular. Dreadlocks are one of the African hairstyles that are deeply rooted in African culture. And the unpopular style that was popular in some countries has become popular worldwide, and today has become one of the global fashion statements.

Most people who rock on dreads do not know its history. And today, I will take you through some of the African countries that influenced dreadlock hairstyle. Stay with me.

Dreadlocks’ history can be traced back to Egypt during ancient times. Though the origin of dreadlocks is unknown, Egyptian Archeological sites had remains of mummies with dreadlocks.

The hairstyle was mystical and regal; hence associated only with royal and noble families. During the times of Pharaoh, locks were believed to have a great connection between Pharaoh and the “Gods”.

As a culture, some kept dreadlocks as a connection between them and their forefathers. This culture is still relevant in Egypt and Ghana to date.

On the other side, the Rastafarian movement believes that having dreadlocks is a biblical hairstyle that symbolizes devotion as depicted by Nazarites.

The hairstyle has become a fashion statement that still is popular among reggae musicians globally. One of the musicians who rocked the style was the late Bob Marley.

Afar tribe is popular for its unique style and care for its locks. They reside in the Northeastern Ethiopian border.

Unlike most Africans who visit hairstylists to get their hair done, for the Afar tribe, it’s different. Their hair is done at home with butter and clay mixture, which gives the locks an ashy reddish appearance—most of the hairdos that use butter feature the “Asdago” style.

Aside from giving hair a unique appearance, the butter protects the hair from UV light while making it supple.

Another popular style is the “Dayta”, which uses dairy and a stick to form elaborate curls. Wrapping the hair with a stick and applying dairy, forms curly-like “Dayta” locks.

And for many years, the Afar tribe has held their hair culture, and these traditions are relevant today. Though the dreadlock care and styles may seem to have improved with time, the Afar hair tradition is still relevant and holds a strong connection with their ancestors.

The Rastafarians also have their dreadlock styles centered on the Ethiopian flag as the Lion of Judah symbol.

In Kenya, dreadlocks are very common and can be traced back to the colonial period during the MAU MAU movement. To the MAU MAU warriors, having locks was a fashion statement and a way of scaring off their colonizers.

Their hairstyle was featured in Jamaican newspapers back in the 1950s. According to the colonizers, when the MAU MAU warriors came down from the mountain to face their colonizers, their locks would strike them ‘dread’ and instill fear.

The pictures and stories of the Mau Mau warriors in Jamaican newspapers inspired many people and later led to the formation of the Rastafarian movement.

Maasai warriors are also popular for their long, thin, red dreadlocks. The warriors achieve this by using red root extracts. According to Maa culture, the morans grow dreadlocks as a sign of warriorship. Other Kenyan tribes like the Pokot also hold on to their locks culture, which they call ancestor’s hair. To them, the locks connect them with their ancestors.

Though dreadlocks are popular in Africa, they have become a fashion statement for most continents. And some, it’s not about fashion, but more so a cultural significance.

Though dreadlocks history seems controversial, the hairstyle has become a fashion statement globally. Today, people are more creative and have come up with more decent and stylish approaches to locs. And the best part is, it’s easy to manage and style according to your preferences. The locks are intertwined with African culture and are here to stay.

Duchess of Sussex Cool Outfits From the Africa Tour