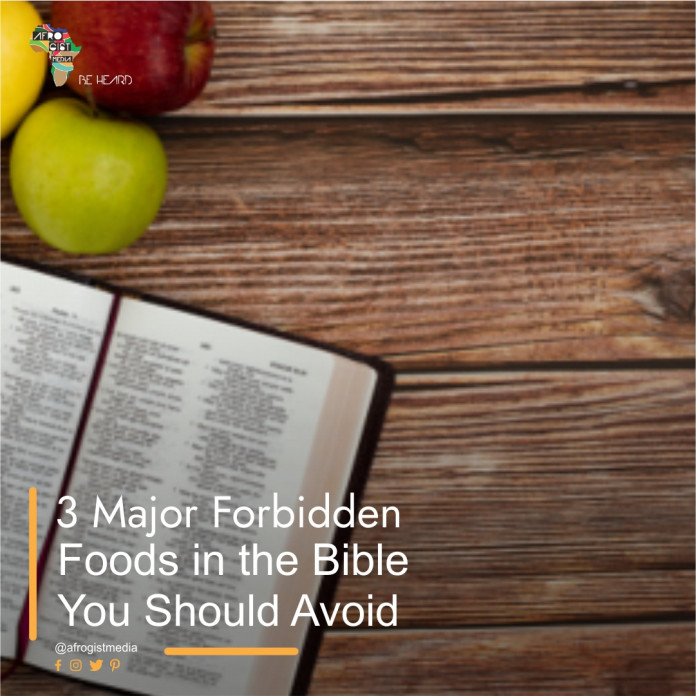 Unlike other religions, Christianity has few defined purity codes for food. In addition, other prevalent religions have restrictions or boundaries when it comes to the choice of food. The Islamic people avoid food not adequately cooked to make it halal, while Judaism is known for eating kosher foods. Hindus, unlike Buddhists, are absolute vegetarians. Even though some Christians still pay attention to keeping the purity code as stated in the Old Testament, others do not care so long they are satisfying their cravings except in the cases of allergies. Hence we delve into the three major forbidden foods in the bible you should avoid.

However, it does not mean that Christians don’t acknowledge the purity codes laid out in Leviticus, Numbers, and Deuteronomy, but we find it difficult to keep it. It is advisable to follow these purity codes or instructions because they go hand in hand with our health and tradition.

People are also reading: How Christians Can Pray For Ukraine and Russia

Scripture like Leviticus 7:23 clarifies that eating animal fats such as from sheep and cattle is forbidden. However, this part of the Old Testament is less observed. Apart from being a tradition in the bible, it is practically unhealthy. While it may have great taste, animal fats are highly saturated and rich in cholesterol. However, saturated fats are the source of obesity, heart disease, and several horrific health challenges. While it is acceptable for Christians to eat grilled fat from steak, it is best to cut off and trash it. Tons of food taste just as good but cause no harm or damage to a person’s inner organ.

Whether Christians or not, most westerners happily deny the existence of vultures. They are unhealthy for consumption, large, and associated with eating dead and decayed substances, which leaves them prone to bacteria. Although vultures are largely immune to the bacteria they eat, the case is different for whatever consumes them. Frankly, nobody can eat a dead vulture, not even other vultures. Even in a survival situation, vultures are the worst things to eat.

In the Old Testament, there are quite a lot of warnings and instructions about the consumption of blood. Despite biblical reasons for consuming blood, it may also be safe to avoid due to health factors. Blood is a “meat by-product,” according to the USDA Food Safety and Inspection Service. And it undergoes inspection before and after slaughtering the animal to be considered safe for consumption. Blood meat from pigs is thoroughly heat-treated, and stocks must come from swine-free countries to avoid an infectious outbreak. Unlike other forbidden foods, blood can be a safe source of iron. It can also be hazardous to eat due to the lingering effect of iron poisoning.

Nowadays, Christians pay little attention to some of the forbidden foods that the bible states to avoid. That said, the Old Testament pointed out some legitimate health advice. However, Westerners are not planning to eat any food off-limit by God. If you are craving to try a new dish, think twice to be sure it does not contain the forbidden food that Leviticus talked about.

Sex Industry and Its War Against Families