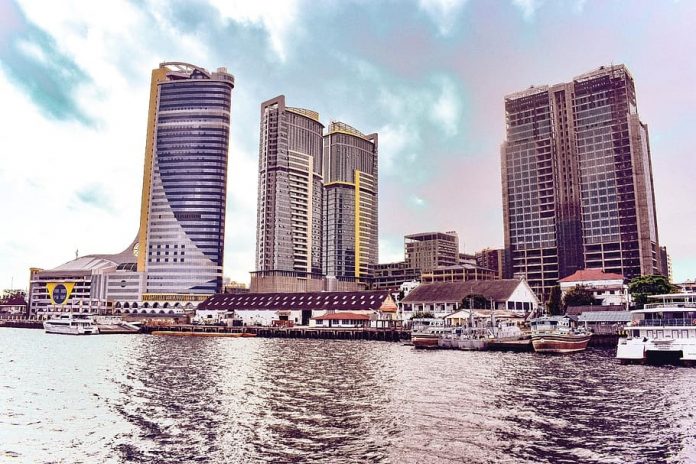 Fam, if you think Africa is underdeveloped, you better think again. Nevertheless, these 10 African cities with hidden gems will leave you wondering where the cameras have gone. Africa is far developed beyond the Masaais and Serengeti. It is far developed beyond the natural geography and wild animals cameras. Conflicts, poverty, and diseases are just a tiny part of Africa, just like any other part of the World. Surprisingly, Western media and NGOs in Africa often focus on the continent’s negativity. A visit to Africa will change your mindset. Here are the 10 African cities with hidden gems to visit.

Despite the civil war that ravaged the country for years, the Capital city Abidjan is still one of the most developed cities in Africa. It has some of the most beautiful skylines you will find on the continent. A visit to Abidjan will leave you in awe. This is because of the level of development that has taken place in the country. Ivory Coast is a very beautiful place for business and leisure tourism in Africa. The country is the largest producer and exporter of Cocoa in the World, and the fourth largest exporter of goods in Sub-Saharan Africa following South Africa, Nigeria, and Angola.

Tunis is probably the most developed and the most organized city in the Northern part of Africa. As a result, the wealth and expansion of the Tunisian economy in the recent past is reflected in the booming development of the outer city. According to reports, one can clearly see the social challenges brought about by modernization in Tunisia. This modernization spurred the rapid development of Tunis to become one of the developed and beautiful cities in Africa.

Read Also : 4 Business Opportunities In Africa That Can Make You A Millionaire In No Time

Lagos used to be the capital city of Nigeria until 1991 when Abuja became the new capital city. Lagos is the most populated city in Africa. It is also the economic capital of Nigeria and the West African capital of commerce and Trade. Far from the nightmare we are told to believe, Lagos is probably the most exciting city to visit in Africa. The beauty of Lagos is not in any way a doubt, as depicted in many online images. The nightlife in Lagos is by far the best in Africa and it’s a beautiful city for business and leisure.

Nairobi, the capital of Kenya is one of the most beautiful cities in Africa. It is also the only city in the world with a Game park. Nairobi is one of the most prominent cities in Africa both politically and financially. It is home to thousands of Kenyans businesses and world-renowned international companies and organizations, such as the United Nations Environment Programme. Thinking of visiting and enjoying your stay in East Africa? Then Nairobi should be your next destination.

Gaborone is another beautiful city in the southern part of Africa. It enjoys political stability and economic strength. This is partly because it’s one of the largest producers of diamonds in the World. Hey, don’t expect to pick diamonds on the streets. With just a visit to Gaborone, you will be hooked for life. Before you think of visiting, make sure you’re prepared for a ‘permanent location in Gaborone.

You may also like: How Will Africa Benefit From G7 Build Back Better World Vs Belt Road Initiatives

In 2014, the New York Times and Telegraph named Cape Town as the best place to visit in the world. Cape Town has a rich history and was largely developed by its European Colonial master. Its well-developed infrastructure is second to none in Africa, and it rivals the best in the World.

YOUR TURN: Which cities highlighted in this article would you like to visit? Leave a comment in the comment section below. Also, which African city do you think is worth mentioning in this article?

5 Easy Steps To Starting Your Own Business