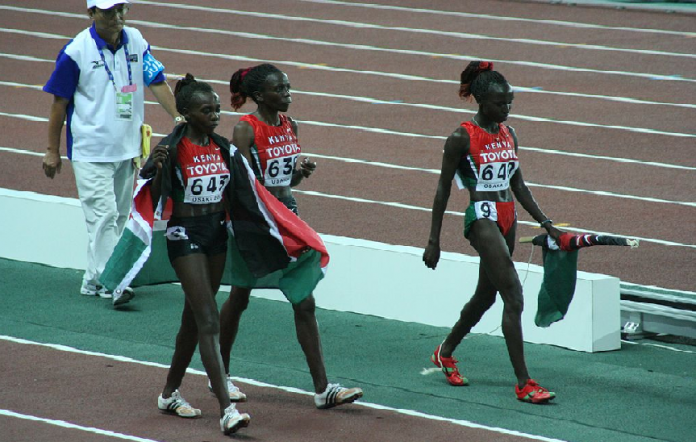 African has been known to have a good track record of producing the best athletes in the world, but no African nation that has ever outdone Kenya. And for years now, Kenya has maintained its consistency in producing talented athletes who have not only made African continent proud but also the world.  But there is one of the untold stories about these athletes. Most of them who have made to the world Olympics come from one community. Wait, does it mean that other Kenyan communities cannot produce great athletes?

Well, statistics have shown that there are great reasons why these Kenyan athletes come from the Kalenjin community. And below are some of the reasons why Kalenjins make the best athletes.

In the Great Rift Valley is where the Kalenjin community lives. The climate there is favorable all year round which makes it ideal for outdoor activities. The sloppy altitude which is about 7000 meters is also another factor which makes them carry out their outdoor running in a low aerobic environment.

Kalenjins belong to the Nilotic group who live near the equator. Compared to other Kenyan tribes, this community is unique in regards to body shape. The tribe usually has long legs, lighter calves, and thin ankles which at times it is linked with genetics.

Though studies have not given enough information on how genetics play a role in athletics, it is believed to be a contributing factor.

Most Kalenjin athletes who have made to the world athletics have a history of running when they were young. Most of them used to go to school by foot and walk long distances in order to be in school on time. Besides walking for long distances, these athletes also participated in high school local competitions which made them great runners.

Diet is also known as one of the contributing factors. The tribe is known for its cultural roots and their unique style of cooking which may have contributed to the favorable skeletal muscles for the athletes.

The fact that an athlete can earn from sports have increased interest for many young upcoming athletes who look-up to their fellow community members and yearn to be like them. The Kenyan government has also given much support to these runners which have motivated them to make their nation and Africa proud.