Home Blog & Buzz What is in African Children’s History Books? 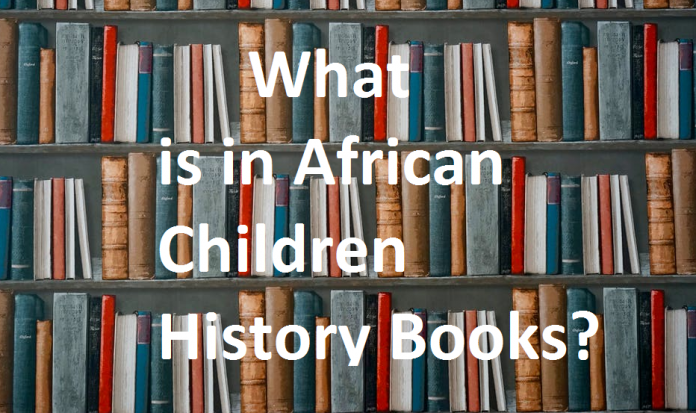 In the past, African children relied on the older generation to provide them with the history of their community which was done through the word of mouth. This was a challenge to them since the information could be distorted over time. But today, they can read it in books and know more not only about their culture but also learn more about other communities.

Books contain original information in its best form and can be passed from generation to generation. One of the critical content that children learn from such books is the history of their community. They get to understand where they originated from and how they came to settle in the region that they currently occupy.

African children also learn about their culture from history books. The African history books contain values and norms of different societies that can help children to determine how their fore grandfathers lived.

They also learn how such values have changed over time and the factors that have led to the changes. For example, most African communities had clearly defined gender roles in the past.

After the interaction with Europeans and other races, most of the communities have dropped the importance they attached to such values and are no longer practicing them.

Another critical aspect that African children learn from books is language. Every community within Africa speaks a distinctive language from the rest. Currently, most of the communities have adopted European languages as the medium for communication.

If this trend continues, then Africans will lose their identity at a fast rate. Children will not be able to learn their native language, and as a result, most of them will not learn many things about their community.

African history books are mainly written in native languages to enable children to learn about their community. The use of indigenous languages in history naturally promotes the use of that language within the community.

African children learn about their community’s heroes. Most of the authors concentrated on the heroes of the community who represented the way of life of the people. Since every community has a hero that they glorify, it is essential for parents to provide their children with such information. In most cases, the community heroes often led the community to war. It is through reading the African history books that children get to learn how to be patriotic to their nation by emulating the legacy of the African founding fathers and mothers.

African history books also have some elements of entertainment. One can access riddles and stories that were used to entertain children in the past. Though some parents no longer use them to entertain their children, they are very instrumental in teaching the children about the values of their community and role in society. Parents can combine such tools and other modern ones to bring up their children in the best way.

Africa has a rich history that is recorded in the books. If parents wish to nurture their children well, then the books are the best resources to use. They provide children with information that can help them understand their community as well as other communities within Africa.

A Guide To A Black Man’s Good Health