Home Blog & Buzz Sexism In Sudan — Cleaning are for Women 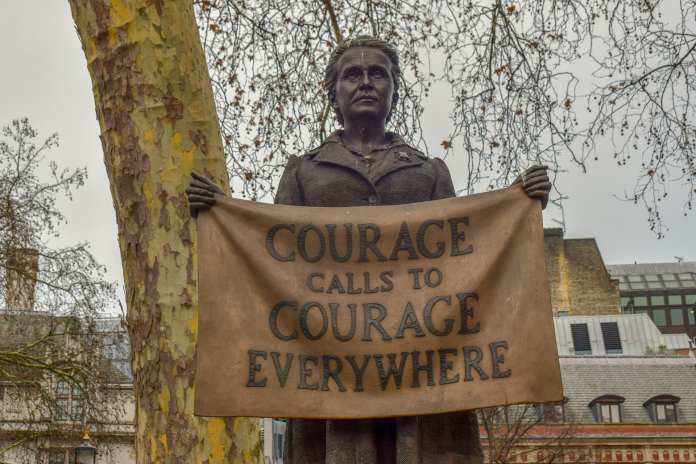 Sudan seems to be far behind in the fight against sexism, religious fundamentalism, and dictatorship.

This year, there has been organized protest against President Omar rule. The president has been in power for nearly three decades.

That’s not a surprise since there are a couple of African presidents who are power drunk and would love to become president for life.

If given the opportunity, most African presidents are likely to hold on to power.

Some studying the Sudanese protest would argue that 70% of the protesters are females — males hardly come out to display their distrust in the system.

So far, the protest has been gaining grounds with thousands of people joining every day.

However, everything almost went down when the forerunners of the protest displayed signs of sexism and female marginalization.

The Sudanese Professionals Association (SPA), organizers of the protests missed a step when they turned Saturday, March 9th, a day scheduled for protest into a cleaning day.

The streets of the state capital Khartoum is somewhat filthy. And suggesting a cleanup exercise is a good move.

Also, the SPA leadership was mainly known for their beautiful message and how they conveyed their message to the public.

This time, however, everything seemed to have changed as the SPA targeted women for the cleaning exercise — to them, women cared more about cleaning. Therefore, they should be out to perform their duty.

The message wasn’t well received as there was massive outrage by the females.

The next day, an apology was issued to the female populace, but the damage has already been done.

If you’re not newly converted into the sexism and gender equality movement, you’d agree the message from the SPA was wrong and disappointing.

Calling out women for a general public cleanup exercise seems to be a little overboard.

Because the state and all public facilities are built for both the male and female citizens.

Therefore, when it’s time for cleanup, both parties should be fully involved. It’s not a burden for the female, and neither is it a role specified for one gender.

The street cleaning saga began small — much like an outrage on how the sexist male counterparts treat female protesters. And then it metamorphosed into a public outrage on how females in the country are treated.

Also, reports show that the protest began as a reaction against the hike of bread prices.

Yes, it may seem small and negligible until you’ve got some hungry mouths to feed.

A journey into the past

Female protesters aren’t entirely new in Sudan. In 1946, a female doctor went into the streets to protest against British rule.

She was arrested and flogged.

Every now and then, there has been a rise in female protesters, but sometimes, it ends up not too good for them.

Gender equality is still a dream in Sudan. In a country where female genital mutilation is still practiced, and a bunch load of other things is done to limit women and prevent them from unleashing their full potentials.

Some powerful men in Sudan are in support of the government. And their strategy is simple — show support to the government by sending demeaning messages against women on social media platforms.

These demeaning messages led to the rise of the feminist movement that aim to curb such attitudes and lead the country into an era of gender equality.

There have been signs of progress as the movement has to lead to a certain level of freedom for women.

Sudan is a country which houses millions of women with potentials. And if allowed to rise into prominence, these folk can lead the nation into more global relevance.

Democratic Candidates Came Into Their Own During The Last Two Debates