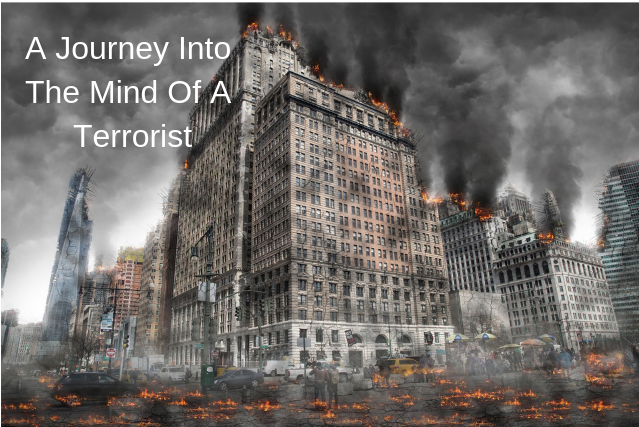 The gunman that carried out the Christ Church attack at New Zealand on March 15th published a document. This 74 page document, otherwise referred to as “manifesto” details the motivation behind the attack that  left 50 people dead and other 39 people injured. Tarrant expects a multiplier effect of his atrocity, but to his disappointment, there’s love and peace. Immigrants have no weapons of mass destruction, but if you aren’t already hearing voices, Tarrant, let’s send some words.

The content of the gunman’s document is very disturbing in that it shows, in plain color, how disturbed the minds of White nationalists are. It very clearly helps explain the thinking of many extremists including those who  kill and terrorize in the name of Allah.

Brenton Tarrant Manifesto indicts everyone that is non white, and the whites who don’t believe in his ideology. Central to his lamentation is the low birthrates among the white people. He accused white people for not procreating enough to prevent White Genocide, yet himself is 28 years old and not reported has having fathered a child. He advocates for ‘separate but equal’ , yet he believes in hierarchy of race, and will kill to ensure his race is on top of the chain of hierarchy.

Gunman isn’t so much worried about everyone converting to Islam as long as they don’t live in the West, but super worried that his ‘culture’ is losing dominance at an alarming rate. Though his rhetoric mouths anti-muslim and anti immigrants a lot, it’s not hard to see that he’s much worried about China’s turn to take on the empire of the world.

So dump his thinking is trying to get a “revenge against islam for the “1300 years of war and devastation that it has brought upon the people of the West and other peoples of the world,” without caring much about the abomination and plunder that the West have committed since over 5000 years in Africa and elsewhere which the effects are still been felt until currently.

The crimes of Gunman’s ancestors against the ancestors of many current generations are enormous. There’s no amount of revenge that can tilt the  scale, and it’d better be discharged and forgiven.

This White nationalist advocates a moral consciousness, but dating from his history, the  civilization he promotes lacks some. He said he’d be pleased to see everyone stay in their own land and not immigrate to the West, yet his  ancestors have either brought people to the West to build their empire; held people in servitude in their own lands, sabotaged and still sabotaging sovereign  nations’ efforts to build a civilization that is governable and that fits their reality.

The West know too well that they’ve left little to no choice for immigrants  than to run down here bowing heads to the supreme currencies.

In Africa, and many parts of the world, the culture that Tarrant weeps for still rules.  People don’t speak their own language – literally and figuratively. They speak the language of the West.  Till date, they can’t understand each other in any critical national dialogue unless there is a Western representative presiding on the matter, and you dare not show up at any serious job interview without your suit, cut to fit.

While immigrants in the West struggle to hold down decent jobs even when well qualified for them, a Westerner in many parts of the world and particularly in Africa is an “expat” usually  at the helm of most lucrative jobs. He or she dictates down the fate of many indigenous who are themselves professionals in that field.

An expat needs not apply to get jobs in Africa. Why would he? There is already enough social clouds to pull things off.

Supremacy Beyond Borders: Beauty as Defined-

Most African brides-to-be still insist on a “white wedding,” just the way of the English, and as we’ve seen, some African women hairs hardly see the light of day in their natural form. Their hairs are tucked in under perm, weave, and wigs, just as Tarrant likes it. It’s even quite expensive for them to look like European women; with decent part of their yearly budget going towards this artificial look without any tax write-off.

Supremacy Beyond Borders: It’s not Inverted-

When a white man dreams of marrying a black female, he wakes up trying to avoid narrating his “nightmare” but we know that some successful black men dream and fantasize  of marrying a white woman. Tarrant, your culture is still leading, stop bleeding.

Tarrant says he drives around many Western Cities to observe, and sees immigrants in disapportional numbers compared to Whites. He dismisses any real or perceived efforts of assimilation. When you are  an idealogue, you see only what you want to see. You confirm your own hypotheses. Try building some relationships with these immigrants and you’ll see how open they are, and how much of your culture is ingrained in their ways of life.

To the shame of  many South Africans and other blacks hating blacks, Tarrant doesn’t define immigration as we know it. As far as he’s concerned, as long as you aren’t “ethnically replacing” a culture, in other words, changing the racial element of your host country, you are not an immigrant. Below is a quote from his Manifesto:

“By living in New Zealand, weren’t you an immigrant yourself? Yes,…….

Looking Inward: Sugar for Every Ant-

To Africa’s shame,  the language, religion, and names given by the West still live on. Its map, chopped up and mix-merged as it was left decades ago, is still there post-independence. All kinds of “aides” pump in at any attempt to redraw the map in a way that makes ethnic sense, and these aides fork around securing interests that would guarantee capital flights back to its original source.

All of these are nothing compared to the garment of capitalism and democracy that was sown for Africa. It was not customised. It doesn’t fit. Call it a pessimistic view, but it looks like Africa would remain a party city for long.

This sounds dystopia, but the coming empires of China will last for a moment. If you think it’s difficult being a minority among other humans, how about imagine being a minority among genetically made humans. Your real enemy is time. It’s pregnant with future and technology, but you are too busy beholdning the old glory of B.C.Es and A.Ds you can never bring back.

Be nice, my friends, for you might need the humans you are now wrongfully waging war against to fight the sub-humans. Don’t be blinded by greed, ego and darkness while unconsciously  expediting irreligion. Wake up, and smell the coffee while it’s still coffee.