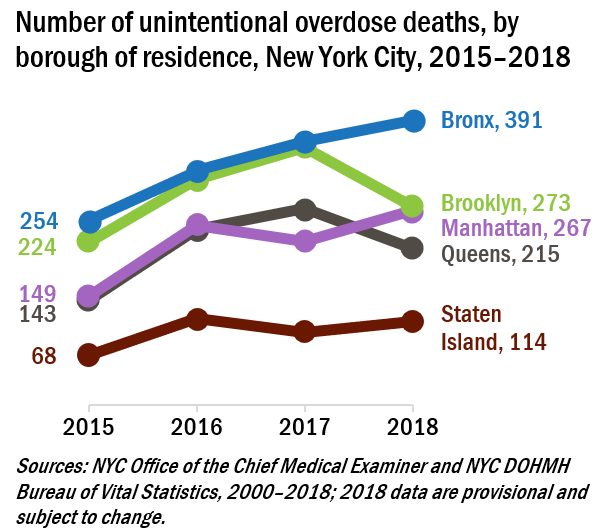 Decrease in Deaths Related to Drug Overdose in NYC.

The New York City Health Department has released its report on deaths related to drug overdose. According to the agency, the total number of deaths in 2018 decreased by 38 compared to 2017, and there are 45 reduced deaths so far in 2019 compared to last year.

This report obviously proves that Mayor Bill de Blasio and First Lady Chirlane McCray initiative called HealingNYC which was launched in 2017 is working. HealingNYC raises funds and directs resources towards reducing overdose deaths, and it’s aiming at a 35% death overdose reduction in 5 years.