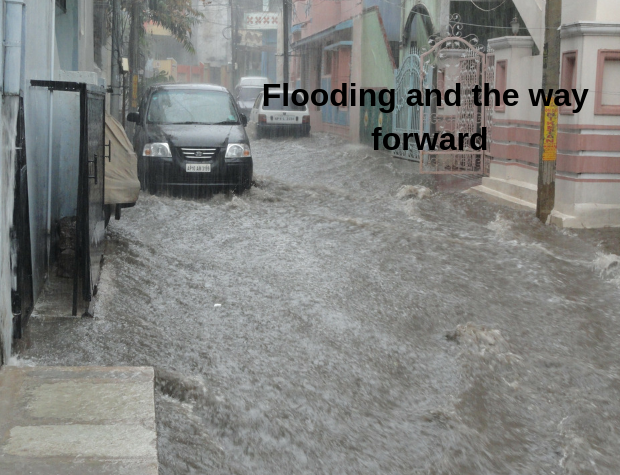 Over the years, African countries have witnessed dramatic progress in infrastructural development and other areas of social development.

However, the efforts and progress are usually retarded due to natural disasters — one of which is flooding.

Flooding has always been a menace in most eastern African countries.

In 2018, countries like Rwanda, Somalia, Ethiopia, Kenya, Burundi, Uganda, and Djibouti experienced series of lethal flooding that not just destroyed properties, but it also leads to thousands of death and ten of thousands of displaced persons across these nations.

With situations like these, there would be a destruction of infrastructure and economic activities would be slowed down.

For instance, thousands of people in these flood-prone areas depend on infrastructures like roads to go to the market, but the destruction of these basic infrastructural needs would negatively impact their daily activities, leading to the retrogression of economic activities.

In countries like Nigeria, the 2012 flooding lead to the destruction of properties worth $10 billion.

Furthermore, other countries like Mozambique experience similar occurrence where the cost of flooding was estimated to be $500m — a significant portion of the country’s GDP.

Admittedly, these events have shown that flooding does not come cheap. It doesn’t just lead to natural disaster, but it also results in an economic collapse in affected regions.

In 2019, there have been records of flooding in countries like Malawi. And there’s probably more in store for people living in these unstable regions of the world.

Here’s the thing — Africa has witnessed the varying degree of flooding in the past years. And like other natural disasters, there’s no ultimate solution to the situation, but it can be managed.

In 2019, several countries in East Africa would experience flooding — flooding is sure to come. So, how prepared are they to handle such events?

Adaptation — the key to flooding

Natural disasters are hard to overcome. Luckily, nature has given us a proven blueprint to follow.

If the government in African countries are serious about the fight against flooding, then it’s probably the time to learn a thing or two from the lower animals — wild ants.

During the dry seasons, wild ants gather and store grains (and other foodstuffs) in a secure location.

When the raining season comes knocking, they would be safe, and every member of the colony would have enough food to last for the rainy season.

This simple and straightforward strategy has been the secret recipe for the survival of wild ants. It has helped these seemingly little creatures escape extinction for centuries.

If it could work for the ants, maybe Africans can adopt the same strategy and see how it goes.

First off, the leaders should develop foresight.

The leaders should recognize that flooding would occur. Therefore, adequate measures should be put in place in these flood-prone areas to control the damages that would happen.

What’s more, African countries should adopt ecosystem-based approaches. That is, the institutions should work with the natural flood cycle.

One way of doing that is by widening flood plains, protecting wetlands, planting more trees and reducing water runoff.

By learning from the ants, the leaders of Africa can take charge.

Foreign aids may be good, but these flood disasters (and aids) can be avoided when the right thing is done.